What were the causes?  Here are some of the factors that are thought to have caused the rapid decline:

US unemployment rises to 9.9%? Contrasted to the above-mentioned negatives, the US economy has been supplied with a rising tide of positive news like:

Greek Tragedy
We have been inundated with news of the financial trouble the Greek economy is in.  Basically the country is bankrupt, with the Greek government spending more than it is bringing in.  The Greek population is hooked on their entitlements,and it is going to be tough to wean them of what they have come to expect as their right.  It is estimated that 40% of people employed in Greece have the government as their employer.  In the past, when a country cannot pay its debt, they default on their obligations, lenders take a hit and the country devalues its currency.  The last option is not open to Greece, because they are a member of the European Union (EU), with the Euro currency.  Greece’s economy is only 2% of the EU, so devaluing the Euro is not an option.  It also seems that kicking the Greeks out of the EU is not an option, for whatever reason!  So the other EU members (principally Germany) and the International Monetary Fund (the US is a large source of funds for the IMF) will probably bail Greece out.  Then there are the other European nations that are also deeply in debt (Spain, Portugal, Italy & Ireland) – if Greece is bailed out, who will be next in line for a bailout?   Let’s not get too supercilious here in the US.  Our Federal and local Governments are also spending more than they are bringing in, so we could follow Europe, if we are not careful.  Our best line of defense is to get our politicians to follow fiscally responsible principals.  Get out and vote in the New Mexico Primary Election on June 1!Thursday’s Market Plunge?
It is not yet clear what exactly happened to the stock exchanges on Thursday afternoon, but it seems that a trader erroneously entered a few extra zeros to a sell order.  So instead of selling 1 million shares of a stock, the order went in as 1 billion shares, or something like that.  Normally that would put extreme pressure on the price of the stock in question, but that would be it, until the error was discovered and the trade cancelled.  But most trades on Wall Street are now made by computers, and when the programs saw the large sell order and/or drop in price, automated trading kicked-in, and sell orders overwhelmed the markets.  A blue chip stock like Proctor and Gamble apparently went down aslow as 1c per share, from a previous $59/share!
What Should You Do?
We all know the markets are risky.  If you look at the graph below, you can see how volatile the market has been since the beginning of 2009. 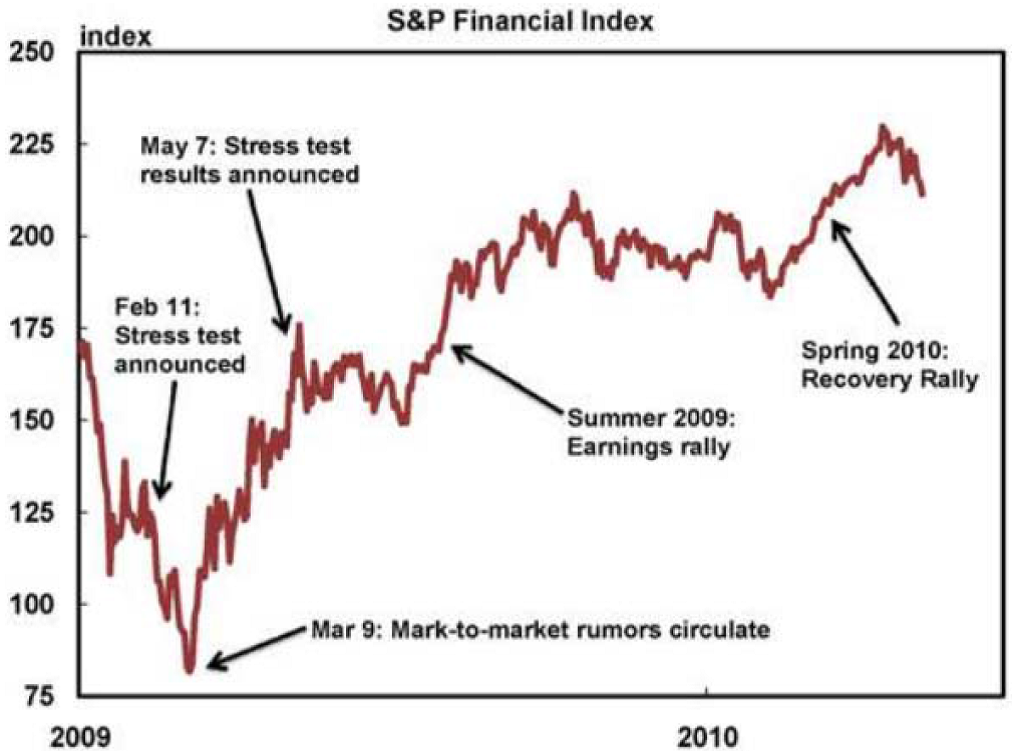 The S&P 500 is up 23% since the beginning of 2009. The same index is up 68% since March 9, 2009 when the market bottomed out.1  No one knows what will happen tomorrow, let alone next month or 10 years down the road.  Most of usneed to be invested in the market to keep ahead of inflation.  Invest in a well diversified portfolio and probably most important of all, rebalance the portfolio periodically!  If you feel your portfolio is too risky, then your tolerance for risk needs to be reevaluated, and then stick to the new asset allocation that is decided on.  Do not constantly change your asset allocation – that is a recipe for disaster because you will be constantly under performing the market.One last recommendation, be very wary of stop-loss orders.  These are orders that you put in to “protect” the value of a stock or Exchange Traded Fund that you own.  If you had a stop-loss order on say Procter and Gamble, you would have sold your stock at the reduced price set by your stop-loss order.  In order to get back in again, you would have to buy it back at a higher price.  On Thursday, the market declined so fast, stop-loss orders could not be filled at the desired prices, so they were executed at much lower levels.  Most of these stocks are essentially back to where they were at the beginning of last week.Please let me know if you have any additional questions regarding your specific situation. Remember, everyone’s situation is different.Personal Note
Next week, I will be attending the annual NAPFA Conference in Chicago.  I will be checking phone messages and email regularly, so please let me know if you have any questions?Since I continue to welcome new clients, please feel free to pass this newsletteron to anyone who may be interested.   My website at www.MadeyskiFP.com has information for prospective clients to review if they are interested in my financial planning services.
All Newsletters
Go to Top